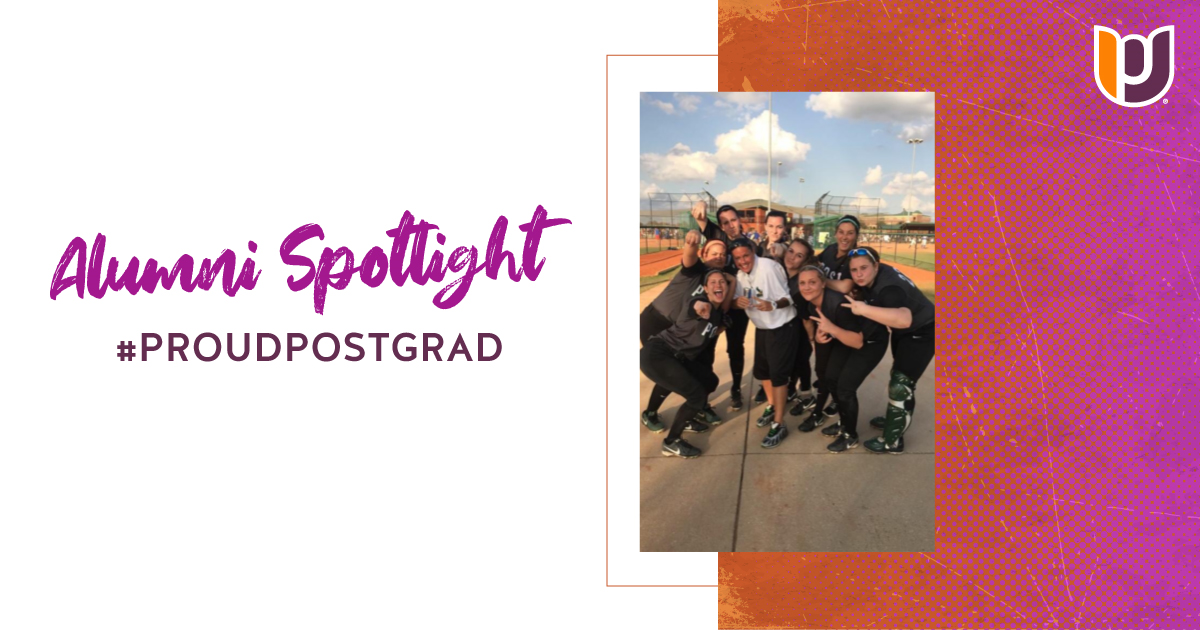 “Post University was a vital part of my success. I am still friends with the professors that I had to this day. They care about all the students, and we weren’t just a number. I always felt the care and love from the faculty,” says Head Softball Coach and Academic Coordinator, Tracey Garofalo.

Garofalo graduated from Post University in 2002 with a bachelor’s degree in English. She played on the Women’s Softball Team as a shortstop and the Women’s Basketball Team as a shooting guard. “I loved the fact that Post allowed me to play both collegiate basketball and softball. The best part was being able to attend the same school as my twin sister, who also played on the softball team.”

Garofalo, who is modest about her accomplishments as a student athlete, set a record at Post for most career points. She totaled 1,510 points, averaging 13.0 per game. She was 70% from the free-throw line and had 596 rebounds and 239 assists.

Garofalo earned second-team All-Central Atlantic Collegiate Conference (CACC) honors in 1998 and was named Post Athlete of the Year in 2000. She was the most valuable player in 2001 and 2002 and holds 11 records in women’s basketball at Post.

When Garofalo graduated, she initially became a High-School English teacher for six years, teaching at Sacred Heart and Derby High School. She coached both the girls’ basketball and softball programs at Sacred Heart.  In 2005, Garofalo led the Heart softball team to a record-breaking year, taking the team to the Class S semifinals.

Over time, Garofalo found herself missing the Post community and applied for the head coach positions for softball and basketball. During her first three years working at Post University, Garofalo not only was the head coach for both teams, but also taught several English courses.

“Sports have taught me so many life lessons – time management, integrity, character, teamwork…I always wanted to do the right thing and would put in extra work even when no one was looking, so that I could do everything I could as a student-athlete and what was best for the team,” said Garofalo.

Though Garofalo’s passion remained within every position she held, the combination of three jobs became overwhelming.  She decided to focus on her position as the head coach of the softball team, choosing to spend her time outdoors. To remain connected to the academic world, Garofalo also took on the position of Academic Coordinator. Through this role, she assists student-athletes in creating their course schedules and providing additional tutoring support. She oversees the mandatory study halls expected of student athletes and supports any athletes on academic probation.

Though it took some years to determine what career best suited her lifestyle, Garofalo knows she found her niche. “Being a coach is the best thing that could ever happen to me, and watching my teams succeed is the most rewarding part of it all,” she said.