The Sky is the Limit for this Post Alum 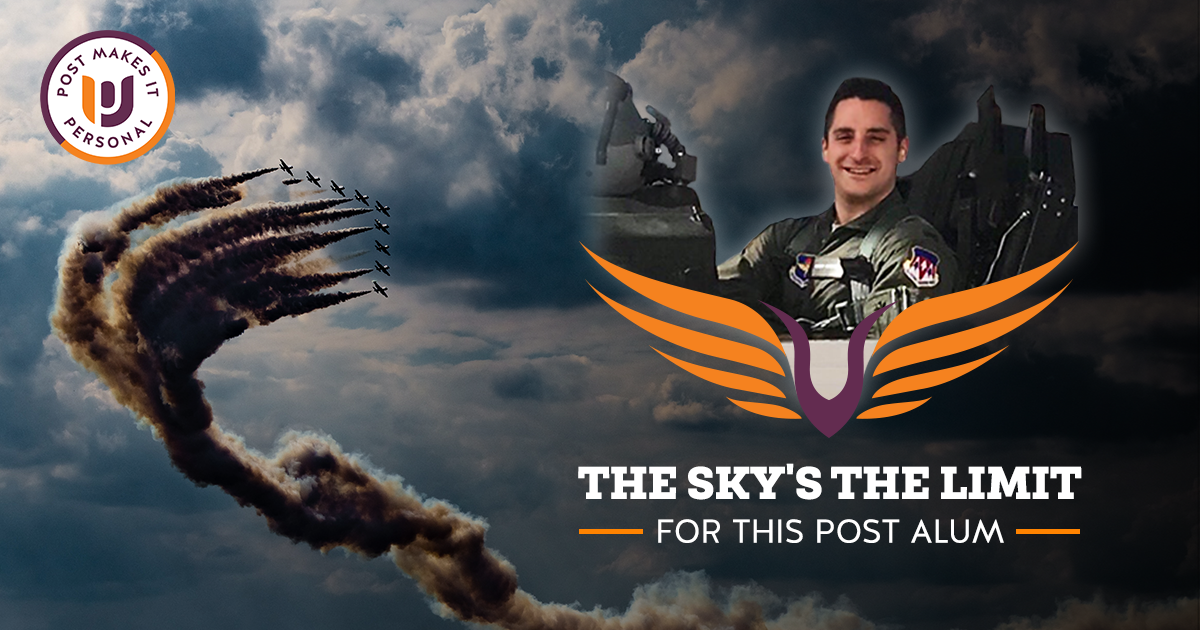 Post University graduate, 2d Lt Robert Dodenhoff, is currently in pilot training at Vance Air Force base in Enid, Oklahoma. Robert started his journey to becoming an Air Force pilot while he was here at Post University in Waterbury, CT.

“I couldn’t believe my ears when I got the phone call saying I was selected for a pilot slot with the Reserves. It is an extremely competitive process and I remember thinking, ‘Is this really happening?’.”

A few months later the rigorous process began for Robert. Robert’s first stop was Officer Training School at Maxwell AFB in Alabama. After 8 weeks of academics and training, Robert commissioned as a 2d Lt in the USAF. Three days after graduation, Robert was then sent to Fairchild AFB to attend the U.S. Air Force’s Survival School (SERE). Upon graduation from SERE, Robert finally stepped foot on Vance AFB, where he will spend the next year of his life, training to become an Air Force Aviator.

Seven months into Robert’s training, we have caught up with him to ask him how the training is going.

“It is a lot of fun, but also a lot of hard work. We spend 12 hours a day on the flight line. Those 12 hours are spent studying, flying, being tested on academic material, and practicing in the simulators. It is non-stop, go-go-go every day, and it is great. The learning curve is huge, but the training is second to none. It is an honor to be able to do this, and serve my country doing what I love most.”

Once Robert graduates UPT and gets his Air Force wings pinned on, he will go to McGuire AFB to fly C-17’s for the Air Force Reserves.

While talking with Robert, he also reflected on his time spent at Post University.

“It was a great time of my life and I absolutely loved Post. The teachers actually had “real-life” experience in what they were teaching, and most importantly, they were passionate about their jobs.

I was challenged every day at Post, and forced to think outside the box. But what set Post aside from all other universities, was their ability to make my time at Post, personable. I transferred to Post University because I was tired of being treated as another number.

Mentorship and leadership are so important in student development, and makes a huge difference in a student’s life. The connections and support I received from Post, helped me achieve my goals and dreams. I always told people that ‘Post University is a hidden gem’.”