What You Should Know About Early Childhood Education 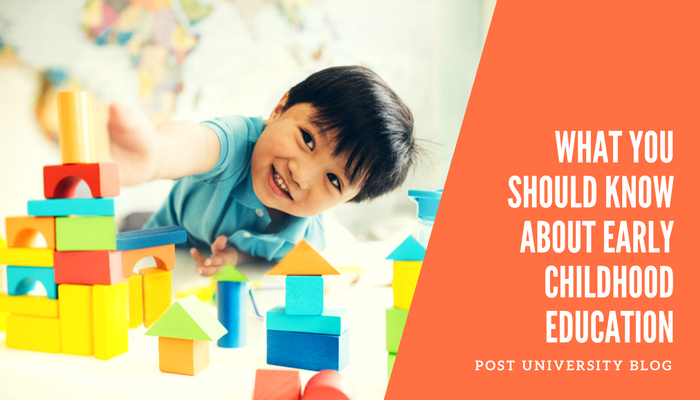 Cuts to federal and state budgets in recent years have left early childhood education programs with significantly reduced funding, and further reductions may put those programs in jeopardy.

According to the National Association for the Education of Young Children, federal funding constitutes about 75 percent of all ECE spending in the United States, providing the resources for staff salaries, training and development, quality improvement systems, early intervention services, and more.

ECE programs provide a variety of benefits for young children, including improvements in social, emotional, and cognitive development. In addition, ECE programs help reduce crime rates and increase the likelihood that students will complete school.

How do ECE programs work, and why are they so important for the academic development of children?

ECE uses caring classrooms to implement best practices defined by age, individuality, and cultural appropriateness. The curriculum sets — and helps children meet — goals that are significant at each educational and developmental level.

The National Dropout Prevention Center/Network at Clemson University notes that high-quality education in early childhood has a long-term impact on children’s development, their ability to learn, and their regulation of emotions.

Through high-quality ECE programs, children increase their academic skills and self-esteem. Learning environments that are appropriate for a child’s level of development also may reduce some of the effects stress can have on young brains.

The results of early intervention through ECE programs include improved levels of educational achievement, the need for fewer services in special education, and an increased commitment to students completing high school.

Why are ECE programs so important for young children? Research has found that appropriate educational initiatives in early childhood play a significant role in preventing negative outcomes among older students.

The path that leads to dropping out of school, for example, often begins much earlier than the teenage years. Becoming disengaged from school is a long process, research has found. Behavioral problems related to social skills and task completion often begin at the elementary-school level.

Dropout prevention efforts that focus on older students sometimes fail because the problems began so much earlier in a child’s educational life. Keeping children in school through graduation appears to require efforts that last over several years, and any early educational effort appears to have an impact on reducing the future dropout rate.

The Economic Opportunity Institute reports that high-quality care in early childhood can significantly decrease the chance that young children will become violent in their later years.

The organization cited one study that tracked children for 15 years after they had participated in an ECE program. The children demonstrated a 70-percent lower chance of being arrested by the time they turned 18 years old.

Previous research showed similar results; one study found that at-risk children who were unable to participate in an ECE program had five times the risk of committing multiple crimes as adults.

Research also has found that funding of ECE programs can stimulate significant savings. For example, the Economic Opportunity Institute reports that one program that has served 100,000 children will stop approximately 13,000 violent crimes by juveniles and is saving $7 for every dollar invested.

Another study found that preventing an at-risk young person from becoming a repeat criminal offender can save up to $1.3 million.

As lawmakers continue to cut budgets for ECE programs around the country, they should consider the important benefits these programs provide. In addition to fostering developmental improvements for young children, dedicated ECE teachers also may help reduce crime rates and increase the number of students who graduate.