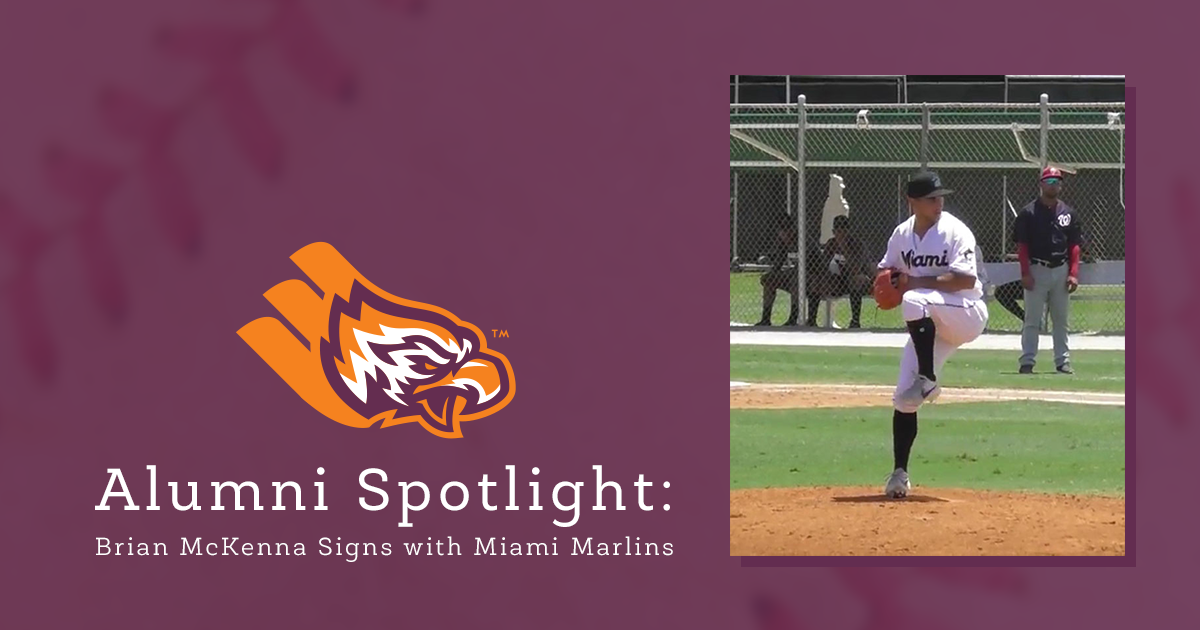 Undergoing quite the athletic journey, Brian McKenna finished his degree at Post University in 2015, though he had a tough time deciding where to play baseball. Arriving at Post in the fall of 2012, after transferring a few times, McKenna had to sit on the bench for a year according to NCAA rules.

However, he practiced hard with the team to improve his skills and finished off playing for Post his junior and senior year.

“He had a cannon for an arm. He always worked so hard and was the most motivated kid. I’m proud of him,” says Men’s Post Baseball Coach Ray Ricker. Ricker and McKenna had a close relationship during his time at Post. Being a former catcher, Ricker and McKenna worked closely together. McKenna was a catcher up until recently making a difficult transition to pitcher. Though it was hard changing a position that he loved, McKenna proved to be an excellent pitcher, finally getting the attention he desired from major leagues.

Since graduating Post, McKenna has traveled and played on various teams all over the country. He spent time playing in professional baseball leagues and the independent Frontier Leagues in locations including Kentucky, Michigan, Illinois, New York, and California.

“If you put in the work daily, it does pay off. I was released four times in three years, but I kept working hard and practicing. I didn’t give up on myself. I stuck with it.” Because McKenna persevered, he is now able to live his dream. In July, he signed with the Miami Marlins. McKenna got noticed while playing for Florence Freedom of the Independent Frontier League in Kentucky as a pitcher. He had a 3.62 ERA, striking out 34 batters on the season, and most impressively didn’t walk a single player. McKenna’s pitching speed also increased as the season progressed reaching a 99 MPH fastball.

In order to make it far, McKenna expresses, “You can’t let others’ opinions get to you.” If he had, he never would have continued after being released. He had to push past those who didn’t believe in him and keep faith in himself. Though it is always helpful having a support system. McKenna shared that coach Ricker, his family, and his girlfriend of seven years have all been super supportive of his dreams, even during those times he was released and kept trying. They believed in him and his skills as a player.

McKenna expresses, “Have faith in yourself. There were many points where I didn’t think I had a chance, yet here I am now.”