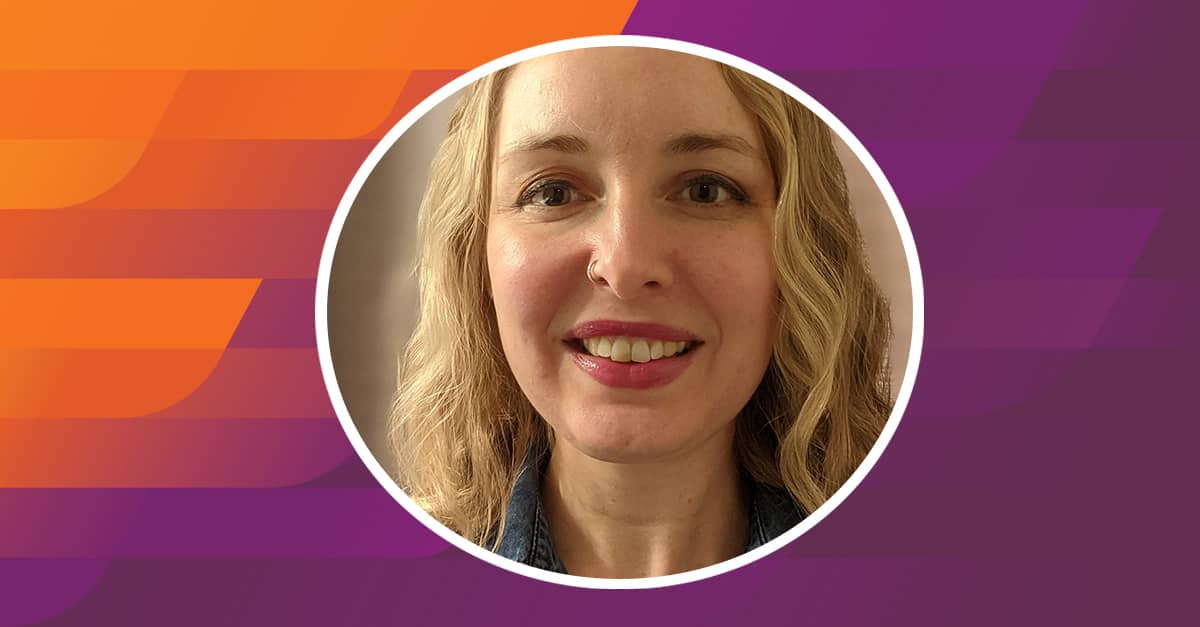 When Brittane Strahan went off to college, she had aspirations of becoming a microbiologist. “I was always into science and thought about working in a lab or maybe pursuing forensic science,” says Brittane, a Pennsylvania native who graduated in 2009 with a Bachelor of Science in Biology from Lycoming College.

While applying for graduate schools, she got a job in a lab at Geisinger Medical Center, her hometown hospital. “My parents worked at Geisinger, not in patient care, but other areas of the hospital, so it’s a familiar place to me,” says Brittane. At the hospital, she started becoming interested in nursing as a career possibility. “Then I learned about a program with Thomas Jefferson University where I could earn the Associate Degree of Nursing right on Geisinger’s campus.”

At the urging of her sister, who was also in nursing school at the time, Brittane earned the ADN in 2011. She started her nursing career on an adult medical-surgical floor at Geisinger Medical before transferring to the neonatal intensive care unit a year later. “I absolutely loved it,” says Brittane. “I knew I’d made the right decision moving into nursing.”

When a clinical research coordinator position opened up in the hematology-oncology unit at Geisinger, Brittane decided to apply. “With my biology background and original career plans, I was always interested in research and this seemed perfect,” she says. She got the job and made the move in 2017. In her role, she put many patients on clinical trials and worked with patients and their families as well as the doctors and nurses treating them. “It was a new side of patient care and very rewarding and challenging.”

Time for a BSN

In the wake of the pandemic onset in 2020, Brittane found herself reevaluating many things in her life—including her future. “All of my coworkers had BSNs or higher and I thought, ‘Maybe it is time for me to further my education to make myself more marketable. Why not now?’” One of those coworkers had recently completed the MBA Healthcare at American Sentinel College of Nursing and Health Sciences, and Brittane liked what she heard.

Brittane started the BSN Powered by SIMPath® in August 2020. “I loved the ability to work at my own pace and I thought the simulations added a lot to the program,” she says. She also welcomed the opportunity to round out her perspective of healthcare with courses grounded in theory. “I feel like I’m a better nurse because of this program.”

Continuing On for an MSN

After graduating with the BSN in 2021, Brittane decided while she was investing in her education, she would continue on for an MSN at American Sentinel, also Powered by SIMPath®. She chose the Nursing Education specialization to lay the groundwork for a future chapter: teaching.

“We have several colleges in this area with great nursing programs and I would definitely consider teaching as an adjunct at one of those if I had that opportunity,” says Brittane. She is aiming to finish her MSN by May 2022.

In January 2022, Brittane accepted a new job as a clinical implementation specialist with a health technology company, a role in which she develops clinical trial protocols and facilitates enrollments. “So far, I love it,” she says. “I’m learning something new and applying my nursing knowledge to a new role.”

Her American Sentinel education, Brittane adds, has helped her in a multitude of ways. “I have a broader perspective now and the educational credentials to further my career,” she says. “I’ve had a great experience so far at American Sentinel. I’m so glad I did this and followed my coworker who completed her MBA here. I know it will help me going forward.”