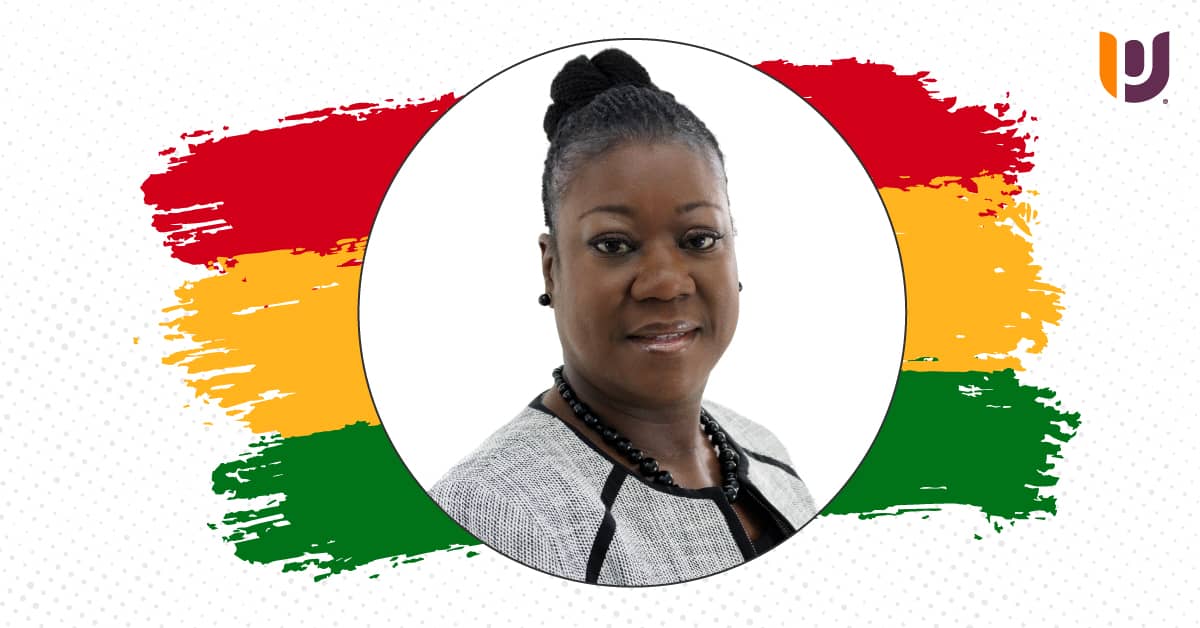 An unarmed 17-year old African American boy was shot and killed in February of 2012 because he looked suspicious. His name was Trayvon Martin.

Sybrina Fulton, Trayvon’s mother, chose to turn her pain into purpose. As part of Post University’s Black History Month educational programming, students, associates, and alumni had the chance to hear Fulton’s story— “From Pain to Purpose: The Time is Now to Own Democracy.”

“It took my son being shot down in order for me to stand up,” declared Fulton.

Fulton was living a normal life, working full time in Florida’s Miami-Dade County where she helped low-income and no-income residents in the housing agency. She had two sons, Trayvon and his older brother, Jahvaris.

Despite doing everything she could to provide a good life for her sons, that opportunity was taken away from Trayvon. The day his life ended, Fulton received a call from Trayvon’s father in Sanford, Florida, informing her that Trayvon never came home from school. Immediately sensing something was wrong, Fulton got in her car to head home, unable to concentrate on her work. Fulton’s phone rang a second time while she was on the expressway, confirming her son was shot and killed.

Initially, she was in complete denial. “I didn’t believe it. I didn’t see a picture,” said Fulton.

Even when his father shared that he was shown a picture, she was convinced it was photo-shopped. Fulton continued to drive until the message that her son was gone truly resonated.

“I remember pulling over on the side of the expressway, just yelling to God and screaming, ‘WHY, WHY,’” Fulton conveyed with painful expressions as if reliving the moment right then and there. “Because that is when it sunk in,” she continued. “Not when I got in the car. Not when I drove off. But right there is when I realized that my seventeen-year-old son has been shot and killed.”

As Fulton shared the details between the first phone call and the second, declaring her son dead, she voiced, “It’s not even something that is in the past for me. It feels like it just happened.”

Many controversies arose from this tragedy. As if it were not enough for Fulton to endure the pain of losing her son, his shooter, George Zimmerman, was declared not guilty. According to the jury, it was self-defense.

During the trial, Fulton divulged, “Jokes were made by the attorneys on the other side. It was just ridiculous. I was in disbelief.”

Sitting in that courtroom and hearing such cruel, merciless comments made about her deceased son was one of the hardest moments Fulton had to encounter after her son’s death.

“I was disappointed in the justice system. I actually thought that they would understand. I thought they would see past the color of Travyon’s skin,” said Fulton. “If Trayvon had shot and killed the person who had shot him, Trayvon would have been in jail right there on the scene.”

Though Fulton initially wanted everything back to normal—to have her son back, to return to work, for life to be what it was previously—she lifted herself up and discovered that she could be a support to others who were hurting. Emanating from these sentiments, Fulton created the Trayvon Martin Foundation to draw awareness towards ending senseless gun violence and to empower others to transform tragedy into change. There are many events throughout the year to support struggling families and to educate youth with hope for a more equitable future, including The Circle of Mothers weekend retreat and a Youth Empowerment Summit. For more information on the foundation, its events, or to make a donation, visit the Trayvon Martin Foundation site here.

“That’s what really got me through. Helping others,” said Fulton.

While Fulton experienced a great deal of adversity and continues to endure moments of pain and heartbreak, she is a huge advocate for creating necessary boundaries from helping others and focusing on her own self-care and self-love.  Ensuring there is proper balance, Fulton sets aside time for mediation, prayer, singing, spa days, beach days, and anything else that puts her mind in a state of temporary peace.

“I do all of those things to make sure that Syrbina is taken care of. That’s very important to me because I can’t help anybody if I’m not right,” said Fulton.

Fulton turned her pain into purpose, reminding us that we are each strong enough to do the same. If any Post student, associate, or alumni is looking for a support system, please remember to utilize [email protected], SOAR (Student Online Assistance Resource) the Counseling Center, or any of our other counseling resources.