Security at the Super Bowl

How Federal and Local Agencies Keep Spectators and Athletes Safe 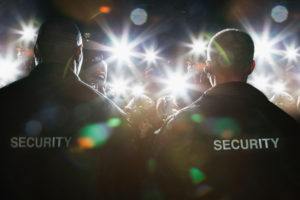 The Super Bowl is regularly one of the most-watched events in America and throughout the world, with an astounding 119.9 million viewers having tuned in for Super Bowl 50 in 2016. This high attendance and viewership is great for advertisers, but it creates several undeniable security risks. From the National Guard to canines on patrol, every resource is called upon to promote a safe and enjoyable experience for spectators and athletes alike.

Security measures for the Super Bowl are developed years before the event takes place. The city that is selected to host the event must demonstrate that it is capable of providing the extraordinary security measures needed for such a significant occasion. Big plans for Super Bowl 51 began already in 2013, when Houston bid for the honor of hosting the event. Although specific details of this plan could not be released for fear of revealing vulnerabilities, it was quickly evident that several agencies were set to collaborate. It was quite clear, however, that security constituted a significant portion of the $5.5 million the city expected to devote to costs related to the Super Bowl.

A vast array of agencies are involved in the effort to promote safety during the Super Bowl. When Houston’s mayor gathered a security-focused press conference in anticipation of Super Bowl 51, he spoke with representatives from the FBI, the Department of Homeland Security, and several local law enforcement officials. The Federal Aviation Administration was also involved, enforcing a no-fly zone over several areas of Houston. All in all, over twenty federal agencies did their part to promote exceptional Super Bowl security. Harris County’s Office of Emergency Management was also heavily involved in the effort, providing round-the-clock monitoring of live security footage.

Security does not just fall to federal agencies or local law enforcement — it is also the duty of every person who attends the Super Bowl. Houston Police Chief Art Acevedo reminded Houston residents and visitors alike of their duty to keep others safe. In a press conference preceding the event, he implored everyday individuals to not assume anything was a coincidence if they witnessed suspicious activity.

Keeping spectators safe while also maintaining a low-profile presence is a tall order, even when dozens of federal and local agencies are involved. It is a testament to America’s top security and law enforcement professionals that they pull it off year after year.